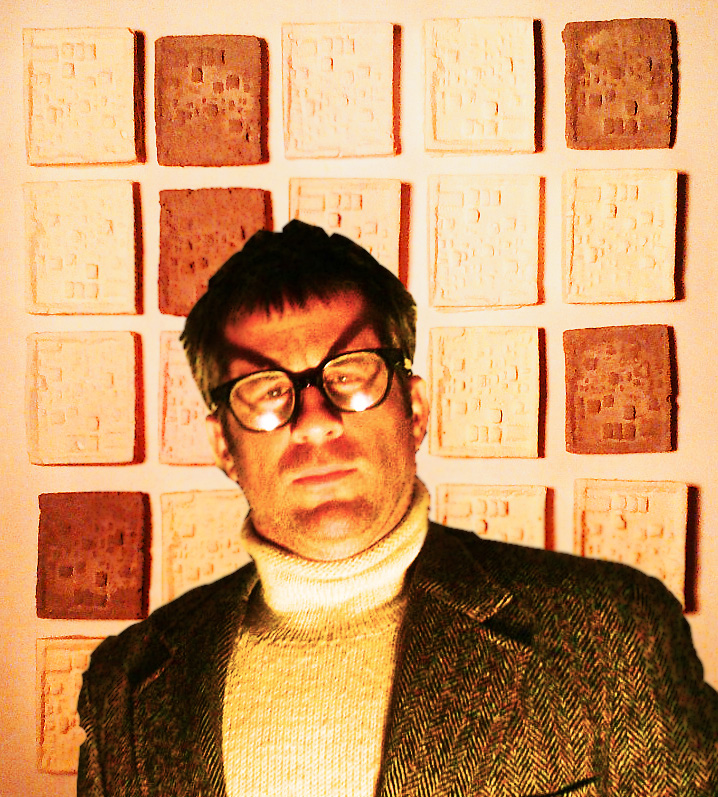 Did you see this image floating around the Internet last week?
by Paul Glasky, GA
Last week in a blog post titled “Collaboration Sculpture” we brought you the earliest developments that attempt to communicate the image above. The image indeed speaks a thousand words, but I don’t think anyone was prepared to hear its full explanation, not even myself. We have been working around the clock on “ConFyDance” so any other extra ciricular project has taken a back burner. Until now that is. The professor and Ryan Seslow stated last week that they were happy to announce the completion and installation of their latest collaboration piece. The collaborative installation sculpture was completed on 1/19/2013.  The large wall relief was installed in the New York Studio of Ryan Seslow. The works will soon move to a non profit out-door public exhibition space. Dates are still to be announced soon.Universe and Seslow promised to discuss the meaning and intentions of the piece in an up and coming episode on the professor’s web series. But it leaked. Someone got wind of this and set it into the public. The installation wall consists of 25 casts that are currently mounted onto the wall. The second aspect of the installation will be installed on the floor. Universe claims; “These pieces are not intended to be displayed indoors, they are activating portals that demand individual experiences whilst still existing simultaneously amongst the masses.” Synthesizing technology, art, science, and self-awareness seems to be a common thread in the extensive works that the men collaborate on.
Today the news hit the general public. Professor Spaulding Universe has developed a method for extracting, transmutation, and storing human memories outside of the human body. Universe has said, “It is a form of teleportation, but in this case, we are not only consciously moving the atoms, but the actual images and feelings associated with those atoms. Memories were once thought to be non physical and purely intangible, this is not the case. Memories are generated and processed through the human body, nature plays a role in this by “retaining” the process into our cells. Modern Science has allowed for us to interact with human cellular memory system. The cellular transmutation process converts the energy into recordable data, and that data is transferred through the body, extracted, and cast into “memory pods.”  The objects in this image above are indeed the “Memory Pods.”
“Our physical senses record everything that we have ever experienced while we are physical. We do this on both a conscious and unconscious level. It is unfortunate that even today most people believe that they are navigating the physical world from outside of themselves, this is not the case. The unconscious mind is the bodies main operating system. Every sight, sound, taste, touch, and emotion has been recorded. Imagine this, you will never have to forget those cherished memories. Not only that, but these sentiments, experiences, and stories can be passed down to your future generations.” 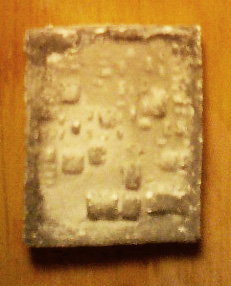 Enthusiasts, skeptics and debunkers lined up in ten folds to exaggerate the potentials as well as dispute the concept as nothing more than utter science fiction. But is it? Apparently, Universe teamed up with long time collaborator, artist Ryan Seslow to create the actual “Pods” themselves. The pods seem to look like over sized outdated internal computer circuit boards, and function as works of art. Metaphors seem to run quite consistently in the overall connection with the concept itself. Seslow claimed, “The greatest work of art any human being could ever create is their own life story.”
Seslow discussed the physical making process vaguely, but he did mention the concept forms were first carved out of clay, which is a natural and organic material, he mentioned, “Clay and Humans are a lot alike, both malleable, and both organic.” The sculpted forms are then cast in silicone rubber to prepare a reusable mold. He would not fully disclose what the actual cast material is to “record and house” the human memories, but more info was forthcoming. A series of images were also said to be captured on the site.
An official video press release is scheduled for early February 2013.
——————————————————————
short-link to this post :: http://wp.me/pLk90-6U